10 expensive luxury cars to buy in the UK

it’s no slouch when it comes to performance.

Luxury cars are everywhere in the UK and can range from saloons to SUVs.

While Ferraris and Porsches are common and expensive, they are sports cars. Meanwhile, Rolls-Royces are both expensive and luxurious.

Those with deep enough pockets are more than willing to spend.

In the UK, many manufacturers produce luxury cars. As a result, they are more common on the street than others.

But foreign manufacturers are also popular among British car enthusiasts.

Here are 10 expensive luxury cars you can buy in the UK.

For a long time the Rolls-Royce Phantom was one of the greatest luxury cars.

The Phantom has always been Rolls-Royce’s flagship model and like other luxury sedans, the Phantom is available in SWB and EWB.

The Phantom is known for its sophisticated interiors and the eighth generation is no different. It now has LED projector headlights as well as a larger grille.

As with other models, owners can customize their car to their liking by choosing from a multitude of accessories.

It may be powered by a 6.75-liter V12 engine, but Rolls-Royce claims it’s one of the quietest cars in the world. 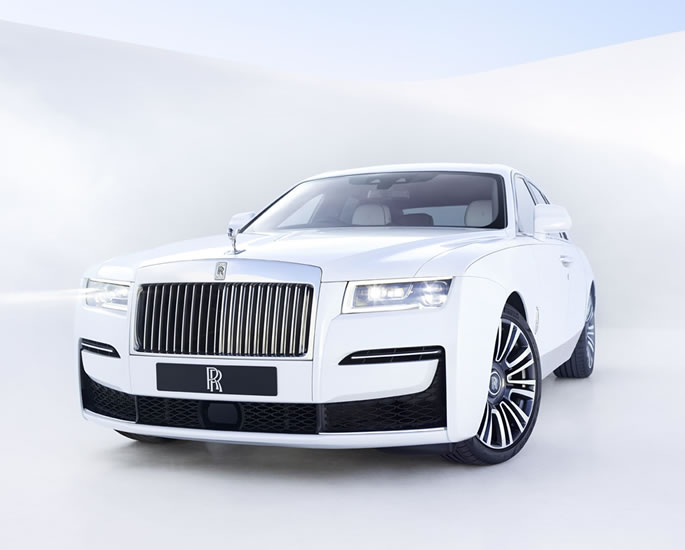 The Rolls-Royce Ghost is considered the gateway into the British automaker and is the least expensive but it’s no slouch when it comes to luxury.

The plush engine offers a spacious interior and immense ride quality plus plenty of extras to create a bespoke car for every customer.

In 2014 the Ghost received an update which saw minor changes such as small design changes and LED headlights.

Although it is a luxury vehicle, it is no slouch when it comes to performance. It is powered by a 6.6-liter V12 developing nearly 570 horsepower.

The Ghost will deliver a regal motoring experience, but it comes at a price, costing around £233,000 in the UK. 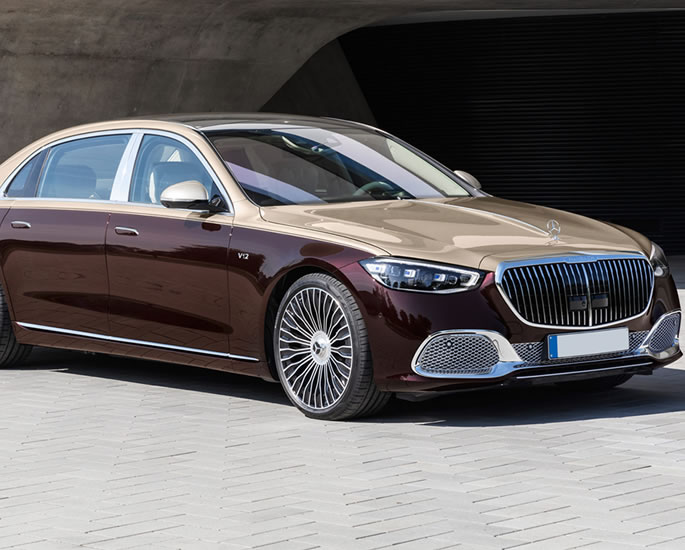 After the launch of the elegant S-Class in 2021, Mercedes-Benz has gone even further by introducing the luxurious Maybach.

Based on the long-wheelbase version of the S-Class, the Maybach is stretched an additional 180mm, with the extra length used to maximize interior space.

The Maybach comes with exclusive trim and paint jobs.

It also has rear seats with integrated ventilation and massage functions, as well as a 1,750-watt audio system.

The Maybach is ideal for Mercedes enthusiasts who want an extra touch of class. 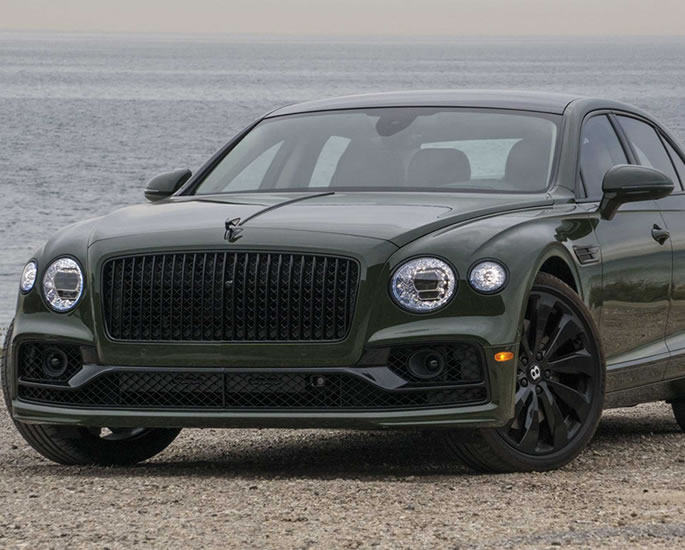 Bentley is responsible for creating the Flying Spur which is their flagship luxury model.

The Flying Spur replaced the Mulsanne and it is one of the fastest sedans in the world, reaching speeds of up to 206 mph.

That’s thanks to the choice of a four-liter V8 or a six-liter W12.

With the Flying Spur, Bentley has brought together effortless performance, sculpted design and masterful technology to create a dynamic yet graceful car.

It’s the definitive luxury saloon and costs around £175,000.

But despite the high cost, UK shoppers are sure to travel in style. 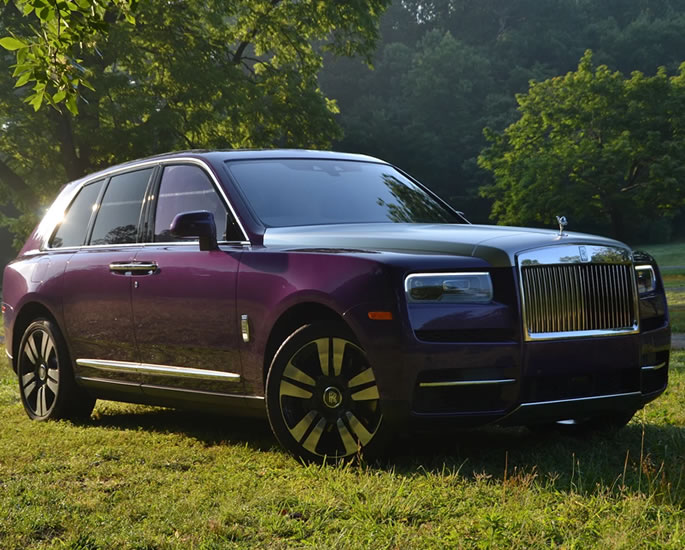 The Cullinan is Rolls-Royce’s most innovative luxury car as it is their first SUV. Since its release, it has held the title of the most expensive SUV in the world.

All sorts of unique additions will make the Cullinan one-of-a-kind for the customer, but they have to be prepared to shell out even more cash to make that possible.

It’s a sophisticated SUV for those who want to travel everywhere in style. 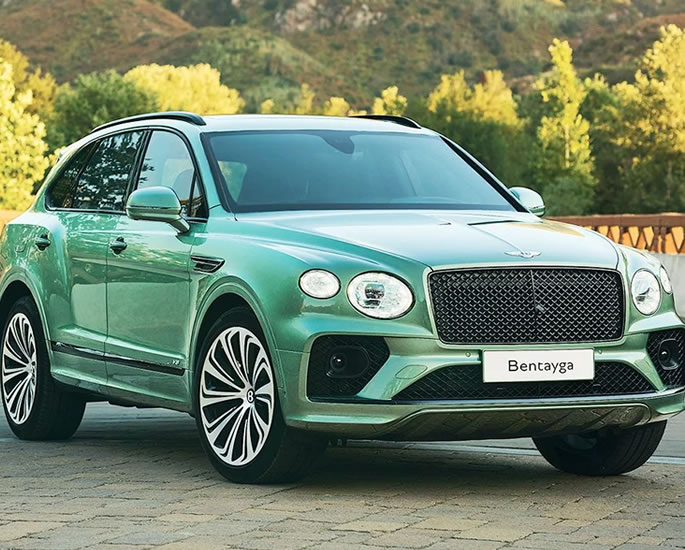 The Bentley Bentayga is the very first SUV made by the British automaker.

At one point it was even the fastest SUV in the world.

Although it’s sportier than other plush SUVs, it still promises a luxury ride.

The interior of the Bentayga is wonderfully sumptuous, with quilted leather upholstery as well as a bottle cooler for those seated in the back.

It might not be the conventional SUV, but for those who want a mix of luxury and speed, the Bentayga is an option to buy. 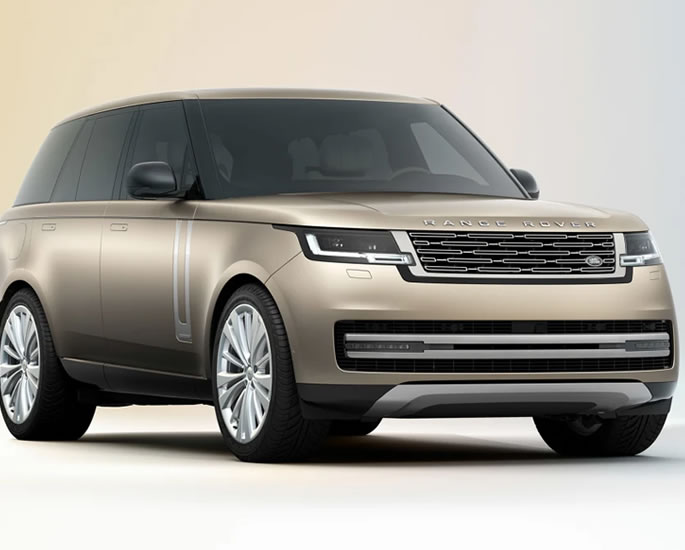 One of the most popular luxury cars in the UK is the Range Rover.

A Range Rover is a common sight on British roads, standing amongst other vehicles.

This SUV is comfortable to drive on the highways as it plows through a muddy field.

Although it looks imposing, the Range Rover is surprisingly nimble.

With the extra height it has compared to other SUVs, the Range Rover feels really massive in the back.

There are different Range Rovers available, depending on your preference.

This includes the compact Evoque, dynamic Sport and experimental Velar. 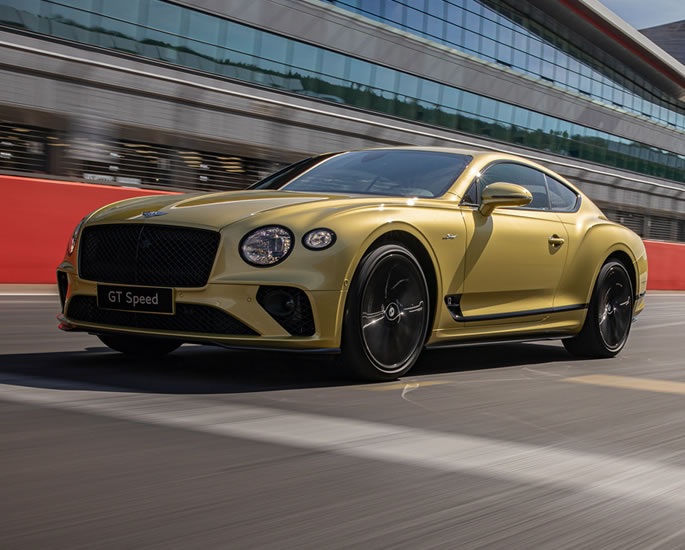 Another popular luxury car in the UK is the Bentley Continental GT.

It has long been one of the automaker’s best-known models as it is a compelling statement of performance, luxury and automotive beauty.

The impressive Speed ​​​​offers a combination of power and opulence.

Available in coupe and convertible body styles, it has a specially tuned powertrain with a phenomenal W12 engine tuned to deliver relentless power turn after turn, mile after mile.

The unique design underlines its high status within the Continental range, leaving no doubt that this Continental GT is for adrenaline junkies. 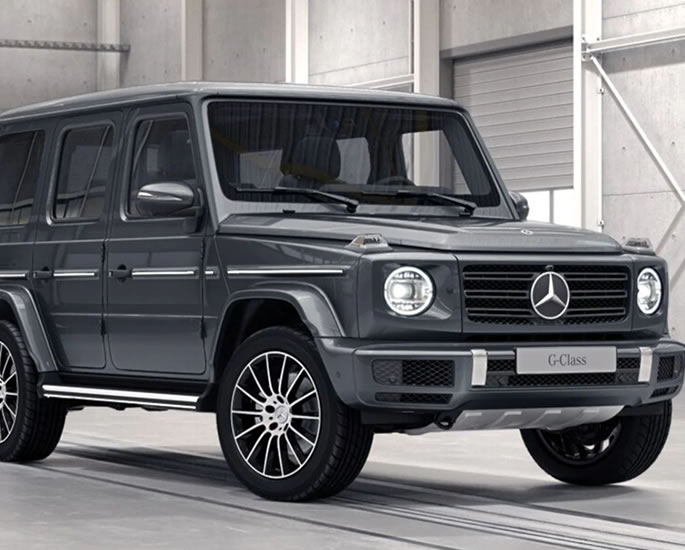 Another expensive luxury car to buy in the UK is the Mercedes-AMG G63, commonly known as the G-Wagon.

Other unique features include temperature-controlled cupholders and a panoramic sunroof.

Another standout feature of the G-Wagon is the huge rear infotainment screens.

It may cost £93,000, but the G-Wagon is wonderfully unique and guarantees exclusivity to those who own this vehicle. 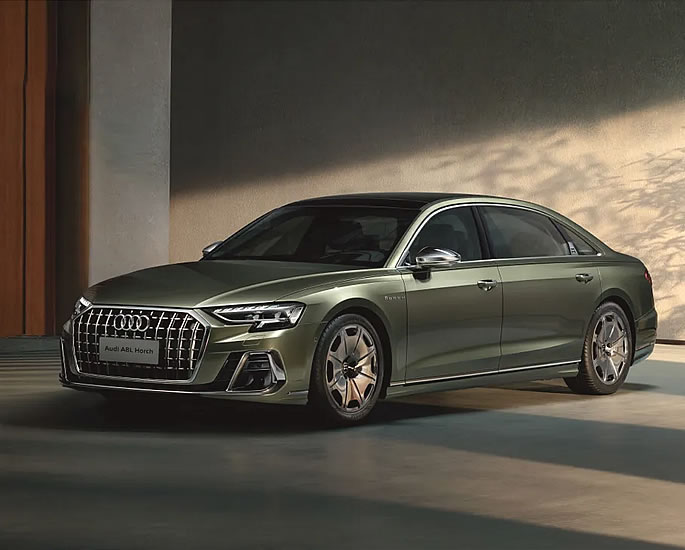 A luxury saloon that has a high price tag in the UK is the Audi A8.

Priced at around £70,000, the A8 combines luxurious design and intuitive technology to make it as exciting as possible.

The exterior stands out with its sporty design and wide grille, with chrome fins adorning it from top to bottom.

OLED taillights and dynamic indicators are standard and offer a fascinating light design.

The Audi A8 also features adaptive air suspension with a variable damping system on all four wheels and Audi drive select adjustable driving modes provide a personalized experience, while the suspension can be manually raised by 25mm for a easier access to the vehicle.

It’s a spacious car and offers a lot for those who want to part with their money.

The UK is full of lavish cars, containing various features that showcase the magnificence of these engines.

Standard models are expensive, but adding extra options will increase the price.

But if you want to travel in style, you won’t hesitate to part with a little cash.

Luxury cars are still being built and getting more and more advanced, so it will be interesting to see what new vehicles come out in the UK.