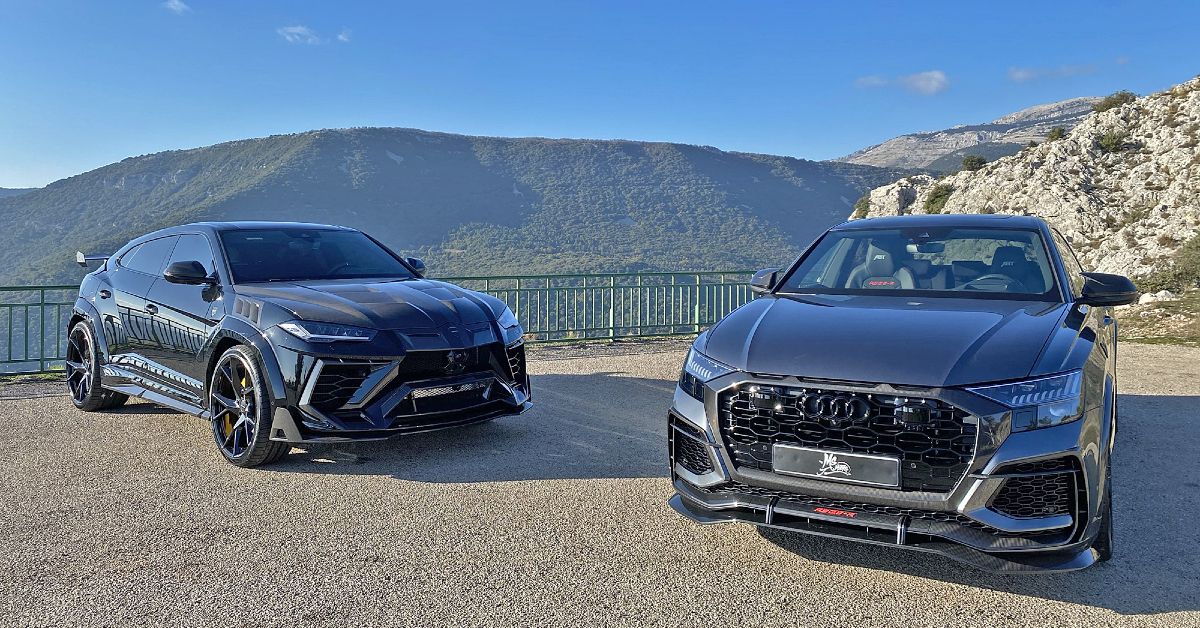 Luxury cars are what you are looking for if you spare no expense to enjoy the most comfortable, opulent and refined cars and the status that comes with driving them. Many of us are openly obsessed with several automobiles, such as Ferrari, Bentley, and Rolls-Royce models. They turn heads and grab attention like no other; for God’s sake, Daniel Craig drives most of these vehicles.

While the majority of us have no choice but to relegate driving these high-end cars to our imaginations, all is not lost. The more popular high-end luxury cars have more affordable, down-to-earth counterparts that have all the same features and attributes but for half the price. Not only do they offer virtually the same level of comfort, functionality and performance, but they also look the part. The only difference is that with significantly lower prices, you’ll have to say goodbye to the premium status that comes with riding the best of the best. If you ask us, that’s more than a fair deal. Below are ten cars that are cheaper options for the money than their more expensive counterparts.

Arriving at the club in a Rolls-Royce Phantom screams that you are one percent stronger than anything else. However, we believe that $460,000 is a bit excessive for a car; for the price of a Phantom, you could buy several luxury sedans!

$72,000 is by no means cheap. Unless you compare it to the Phantom you just saw, which costs almost six times as much. There’s no point trying to match the Rolls, but the Genesis G90 is a great second-best pick.

Related: The 2023 Genesis G90 interior is modern minimalist luxury at its finest

If you want an SUV and lots of attention, look under your mattress for $203,995 and grab a Lamborghini Urus. You will draw attention to yourself. You can also slip away quickly with 641 hp on hand.

Fortunately, the Audi RSQ8 is about as fast and costs half as much. The German SUV’s 0-60 time is just 0.8 seconds longer than the Urus’ 3-second time. $110,000 isn’t cheap, but it’s a fantastic price for Audi’s flagship SUV, which offers Lambo-equivalent performance and looks.

The Bentayga is a super luxurious SUV with the finest materials inside and out, along with a plethora of practical amenities. It also has traditional Bentley pricing, starting at around $180,000.

The Range Rover Autobiography, with its large cabin, is loaded with luxury finishes. It’s at the top of the Range Rover series, and for $145,000 V8-powered Autobiography LWB you can enjoy a premium SUV experience. It is also more versatile and capable off-road!

For the first time, Rolls-first Royce’s off-road SUV makes luxury off-road adventure a reality. In debates about extravagance, Rolls-Royce is often the last remark. With its self-closing front doors and $325,000 price tag, the Cullinan epitomizes that.

Investing $93,705 on a Lincoln Navigator is high end in pretty much every stat, just like the Genesis G90. Except when it’s less than a third of the price of a Rolls-Royce. But you get 450 horsepower and a healthy dose of opulence.

Related: The Evolution of the Lincoln Browser

This S-Class-like electric luxury vehicle has a host of remarkable amazing features that have propelled it to the top of the premium electric pecking order. Although it does not match the performance of the Tesla Model S Plaid. But the Mercedes-Benz interior and reference quality will undoubtedly attract attention.

We wouldn’t have the growing selection of electric vehicles we offer today without the Model S. From its understated, stunning interior to its fast nature to flirt with any race car in the world, it’s a decision easy for half the price of what the EQS offers. Starting at just $88,740, it’s ready for anything.

You might wonder if a car is worth the $300,000 price tag on the Mulsanne. If you ever see a Mulsanne on the road, keep in mind that the owner probably paid a lot more after choosing from a long lineup of choices.

Some people, on the other hand, prefer to vacation in comfort and tranquility, but do not want to spend a lot of money. For that characteristic Volvo feeling of luxury, convenience and safety, they have the Volvo S90. Price? The price ranges from $56,000 to $68,000. Game changer for the price.

Although some may balk at the idea of ​​putting Rolls-Royce and BMW together in the same sentence. Rolls-Royce is unquestionably the world’s leading manufacturer of ultra-luxury automobiles. The Ghost is made for the aristocracy, be it landed gentry or modern Hollywood royalty. However, Rolls-Royce models are notoriously expensive.

The Alpina B7 is a high performance 7 series created by independent manufacturer Alpina. Overall, the luxury is somewhat on par with the Ghost. The 0-60mph sprint takes just 3.6 seconds and has a top speed of 205mph, which is incredible for a car of this size at half the price. You could call it a royal accord.

Related: Everything you need to know about the Rolls-Royce Ghost Black badge

Try this analogy if you’re unfamiliar with the name Maybach – Mercedes-Benz Maybach is synonymous with ultra-luxury, just as Mercedes-AMG is synonymous with performance. The Mercedes-Maybach S-Class is a getaway that offers the brand’s signature luxury experience, with a price tag of $180,000.

Lexus’ flagship vehicle, showcasing the company’s most cutting-edge innovations and amenities. And, reflecting its starting price of $77,450, there’s plenty of interior space and a long list of optional luxuries. Although it doesn’t have the same trim level as the S-Class, it’s still a great deal at less than half the price.

The Mercedes-Maybach GLS 600 is the latest and finest luxury land yacht from the German automaker. The Maybach, which is based on the base Mercedes-Benz GLS, adds to the opulence with a redesigned interior and a retuned powertrain. However, it comes with a price tag of $161,000,

Remove the 1, then lower a few more digits, and you’ll have a fully loaded Genesis GV80. The Genesis does not come with a V8, but it comes with a luxurious interior with lots of chrome and quilted leather, which is also available in green!

The Mercedes-Benz S-Class is the pinnacle of large luxury vehicles, at least until rough gems like a Bentley or Rolls-Royce are considered. We all know the S-Class is one of the best choices in the world. For these people, the price range of $107,000 to $173,000 is usually not a big concern.

Cadillac’s new CT5-V Blackwing is the latest gasoline-powered V vehicle, but it’s a towering farewell to internal combustion with a boom. Its supercharged 6.2-liter V-8 produces a whopping 668 horsepower. For just $85,000, it’s not that “a lot”, it’s enough to put Germany’s super-sedan nobility, Mercedes-Benz S-Class to sleep.

Ramya has a degree in computer engineering and has always loved cars. Digs into all types of cars but has a special place in its heart for Japanese and Italian two-seater sports cars.