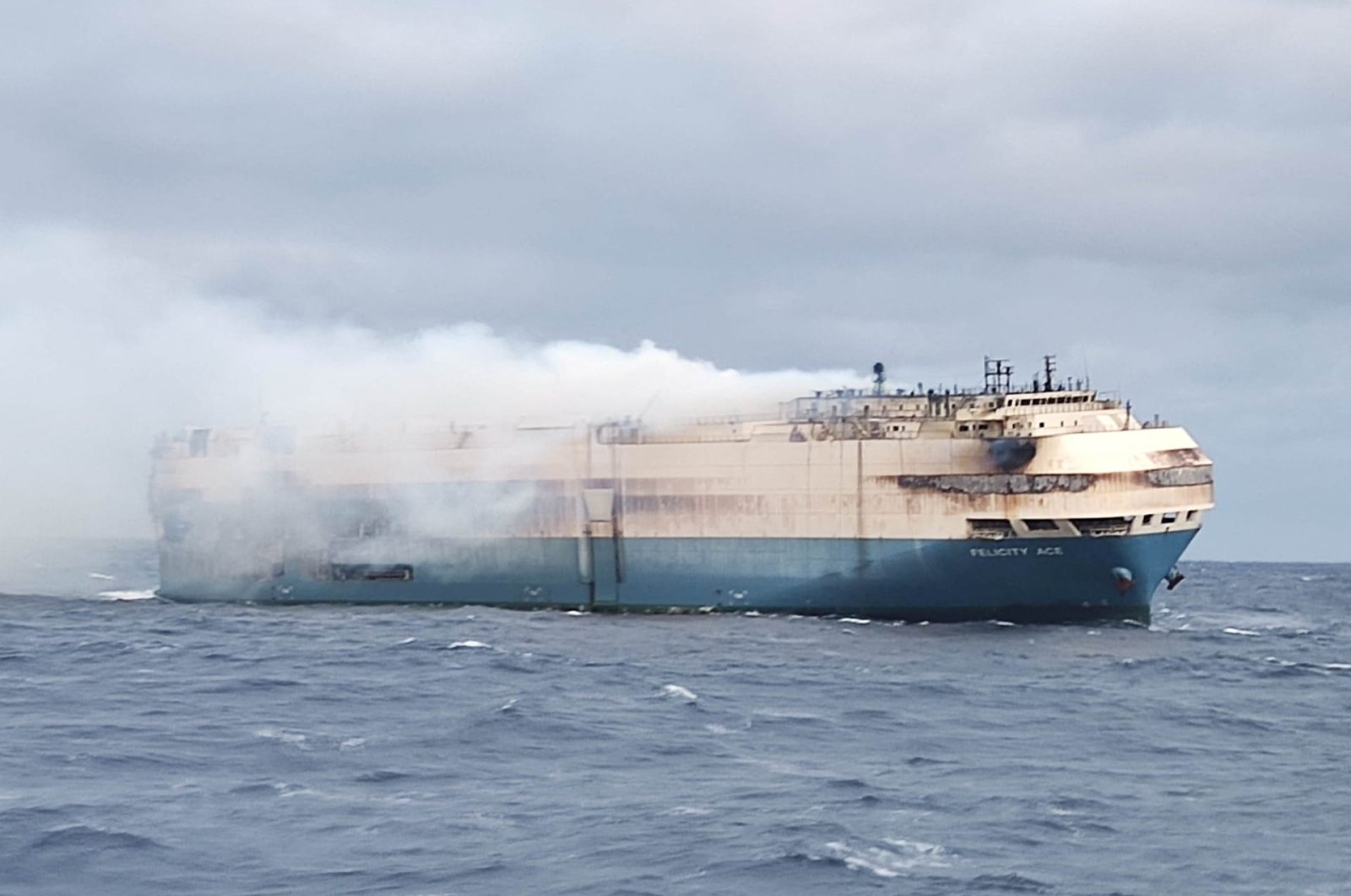 The recent incident involving a fire on a ship carrying luxury vehicles bound for the United States could lead to losses of $155 million, according to insurance experts.

Data and analytics firm Russell Group estimated the loss at around $155 million, which Insurance Insider said matched estimates from London market sources of around $140 million.

A freighter carrying around 4,000 vehicles, including luxury cars from the German Volkswagen group, caught fire in the Atlantic Ocean, the Portuguese navy said.

The 22 crew members had abandoned the nearly 200-meter-long Felicity Ace and been brought to safety, a spokesman told the German Press Agency (DPA) on Friday.

About 1,100 Porsches and 189 Bentleys were on board, spokespeople for Volkswagen-owned auto brands said. Audi, another Volkswagen brand, confirmed that some of its vehicles were also on the ship, but did not say how many.

Volkswagen did not confirm the total number of cars on board and said it was awaiting further information.

YouTuber Matt Farah, whose car review channel “The Smoking Tire” has more than a million subscribers, said on Twitter that he was contacted by a car dealership who said the Porsche he had ordered was aboard the ship.

“My car is now adrift, possibly on fire, in the middle of the ocean,” Farah tweeted.

The vessel’s situation remained stable and there was currently no risk of fuel catching fire or leaking from the vessel into the sea, the spokesman added.

The lithium-ion batteries of the electric cars on board the vehicle transporter Felicity Ace caught fire.

The Panamanian-flagged vessel, owned by Snowscape Car Carriers SA and managed by Mitsui OSK Lines Ltd, was traveling from Emden, Germany – where Volkswagen has a factory – to Davisville in the United States, according to the Maritime Traffic website.

Mitsui OSK Lines Ltd and Smit did not immediately respond to a request for comment.

The Portuguese Navy patrol boat Setúbal was on board the ship, which was drifting in the sea about 170 kilometers southwest of the island of Faial in the Azores.

Experts from a Dutch salvage company were expected on Friday to examine the possibility of towing the ship to a port, Portuguese news agency Lusa reported.

Keep up to date with what is happening in Turkey, in its region and in the world.

The market for commercial luxury furniture is booming worldwide