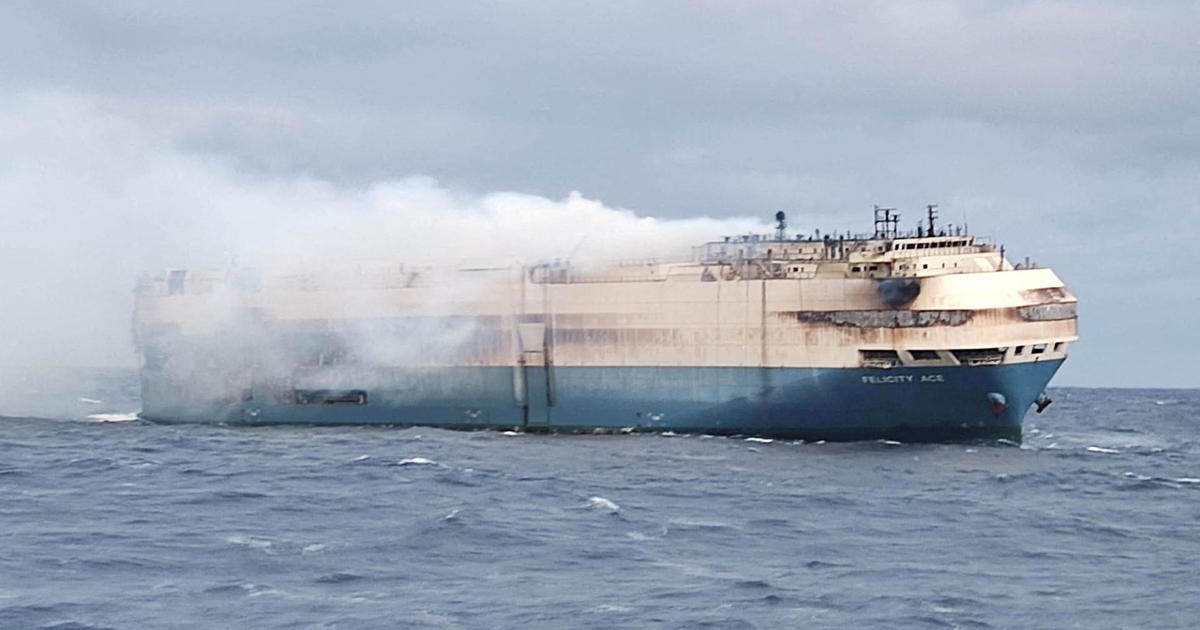 A large freighter carrying luxury cars from Germany to the United States sank in the mid-Atlantic on Tuesday, 13 days after a a fire broke out on boardthe shipowner and the Portuguese Navy mentioned. Cars on board the Felicity Ace included Porsches, Lamborghinis and Bentleys, according to the Wall Street Journal reported.

Volkswagen, which said last week the damage to the vehicles was covered by insurance, confirmed the ship had sunk. Insurance adjusters said the incident could result in losses of $155 million, Reuters reported.

The Felicity Ace sank about 250 miles off the Portuguese Azores islands while under tow, MOL Ship Management in Singapore said in a statement. A rescue team had extinguished the fire.

The 200-meter-long ship heeled to starboard before sinking, the ship’s manager said.

Joao Mendes Cabecas, the captain of the nearest port to Faial Island, told Reuters the ship sank as towing efforts began due to structural problems caused by fire and rough seas.

“When the towing started… the water started coming in,” he told Reuters. “The ship lost stability and sank.”

The Portuguese Navy confirmed the sinking, saying it happened outside Portuguese waters at a depth of around 30,000 feet. A Portuguese Air Force helicopter evacuated the 22 crew when the fire first broke out, setting the ship adrift.

It was not known exactly how many cars were on board the ship, but ships the size of the Felicity Ace can carry at least 4,000 vehicles.

A Portuguese Air Force plane and a Portuguese Navy ship are to remain on the scene on the lookout for signs of pollution.