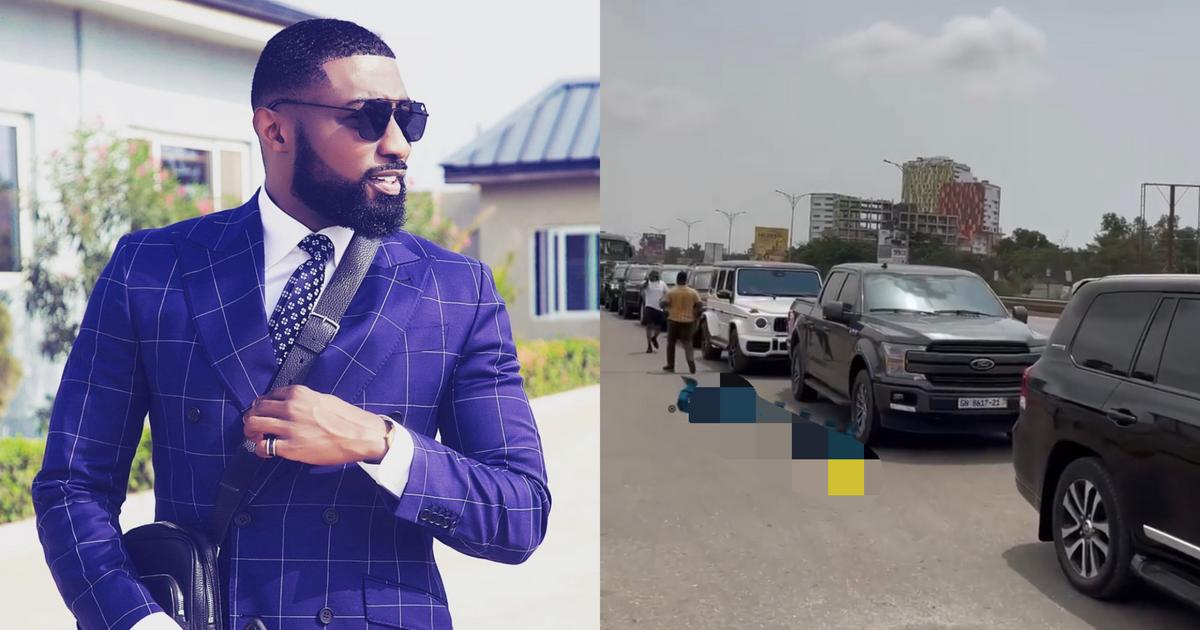 According to a popular celebrity gossip blog, FameBugs, Kojo Jones will marry a beautiful lady known as Racheal in the ceremony scheduled for tomorrow, March 23, 2022.

The business tycoon with political ambition was known to have dated Serwaa Opoku Addo, an actress from the hit series YOLO, but according to the blog, the two who kept their relationship private broke up a long time ago.

The wedding between Kojo and Richelle is expected to welcome some of the most influential Ghanaians at the event scheduled to host 600 guests in Kumasi.

Kojo Jones and his bride-to-be are yet to be spotted, but his colleagues are outnumbered with their cars and others on buses as they depart Accra for Kumasi for the wedding ceremony.

Kojo Jones is the son-in-law of wealthy Ghanaian politician, businessman and philanthropist, the late David Lamptey, who was MP for Korle Klottey constituency on the Democratic National Congress slate.

The politician who owned XYZ radio and was known to share money in Osu died in 2012 and left behind eight children who were exposed and well educated in top schools in Ghana and abroad.

Kojo Jones currently runs a real estate and construction company, Empire Domus, among others. According to some information, his future wife works in one of his companies. See more of Kojo’s family and friends heading to Kumasi for his wedding in the posts below.

The North American luxury furniture market is expected to reach $9.2 billion by 2022