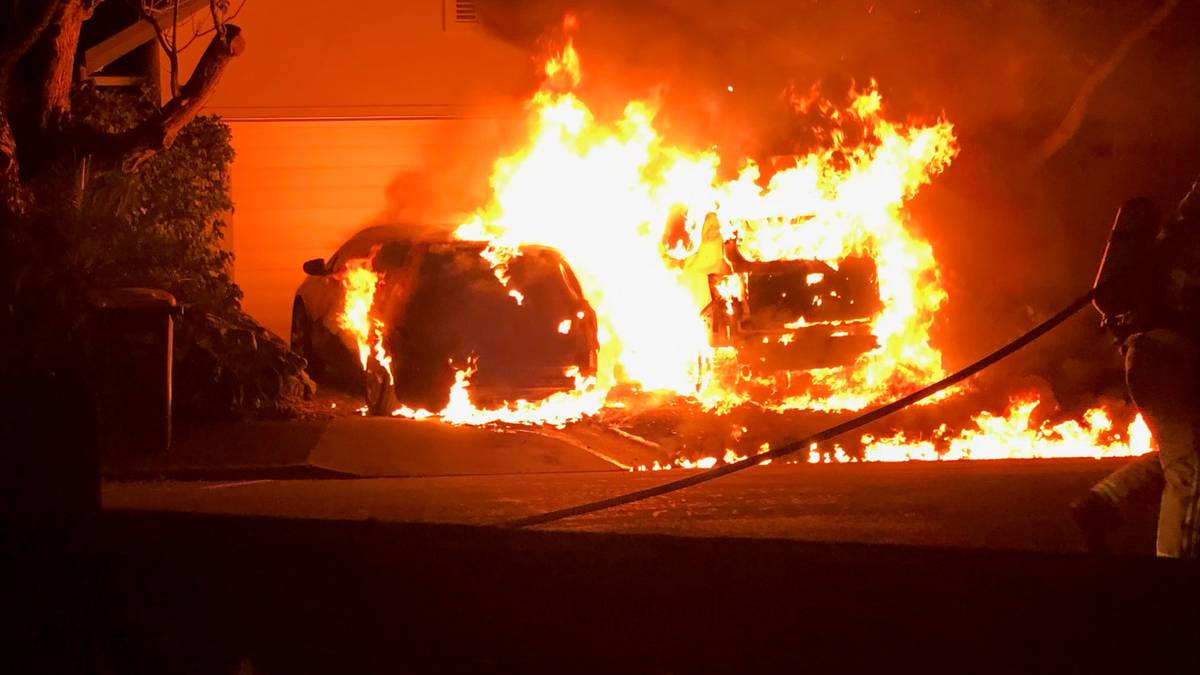 A North Shore family is living on ‘hooks’ after four of their luxury vehicles – including a Porsche and an Audi – were allegedly set on fire in two separate suspected arson attacks.

Bradley James McEwen, 40, a Long Bay man, was arrested and charged with arson after two luxury vehicles – parked outside a property in Takapuna – were destroyed by fire in January, and two more five weeks later.

He was also charged with intentionally causing fire damage to an Audi A1 and a Porsche Cayenne between February 15 and 16 in a second alleged arson attack.

Pleas of not guilty to all charges were entered on McEwen’s behalf this afternoon in North Shore District Court and he elected a jury trial.

“I’m a good boy…I haven’t done anything wrong,” he said during the hearing.

He was remanded in custody until a review hearing in the case on May 11.

“We called [Fire and Emergency] and this time it’s a Porsche, and we had just bought an Audi A1… only had it for 10 days. Both gone. In flames, again,” a resident of the home told the Herald.

The woman said vehicles worth $200,000 were damaged in just five weeks.

She said the mailbox, garage door, driveway and one wall also needed to be replaced due to damage.

The Volkswagen T-Cross was a loan car from Tristram European Limited, which her husband used while servicing his Porsche, she said.