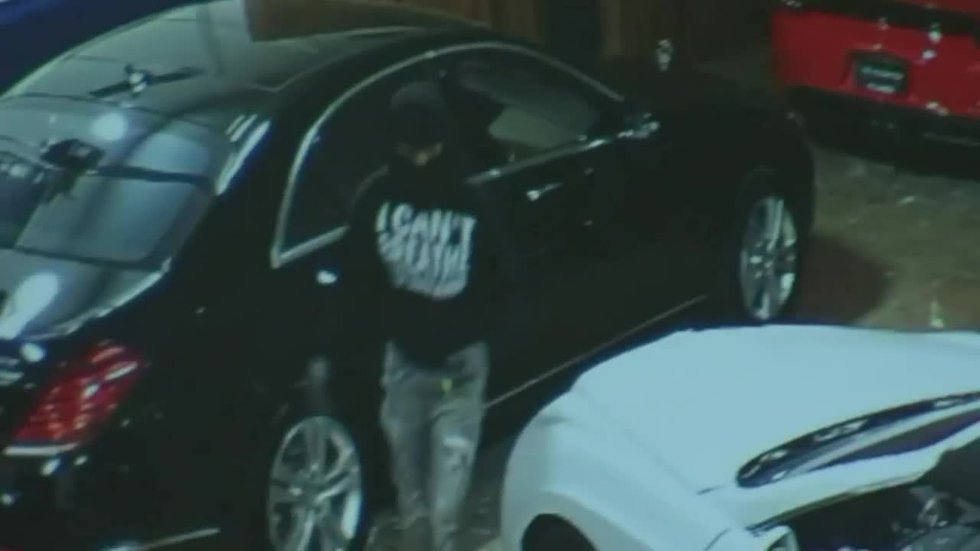 The vehicles were from the Autobarn collection and included Porsches, Mercedes and Audis, totaling nearly $1 million.

“It was almost like they were just shopping and paying for something,” said Sam Mustafa, co-partner at The Autobarn Collection dealership.

The brazen robbery was filmed in Evanston, and the car dealership shared surveillance video showing a group of people driving away with several high-end vehicles.

Police said those seen on camera appeared to be a group of six people.

The culprits arrived at the car dealership just after 2 a.m. with security video showing the group using an object to break into the garage entrance, then ripping the alarm system from the wall.

The owners say the group left the lot with 14 luxury cars in the space of six hours and three trips to the dealership.

“The offenders’ ability to turn off the audible alarm was definitely a contributing factor in their ability to take 14 cars and have time to do it,” Glew said.

Police say they believe the original vehicle used in the robbery was also stolen.

“It’s just amazing to me the amount of moxie they had to come back time and time again, taking more cars each time without fear,” Mustafa said.

Investigators are continuing their search for those involved in the heist as the group could potentially strike again.

“These are very fast and luxurious vehicles that could be used in other crimes,” Mustafa said. “I think they will find them. We have trackers in some cars. And detectives are working hard to find these people.

The insurance will help replace the cars, but Mustafa says he still wants the thieves caught.

Fancy cars, money and cushy jobs: life is good when you’re the child of an ANC politician