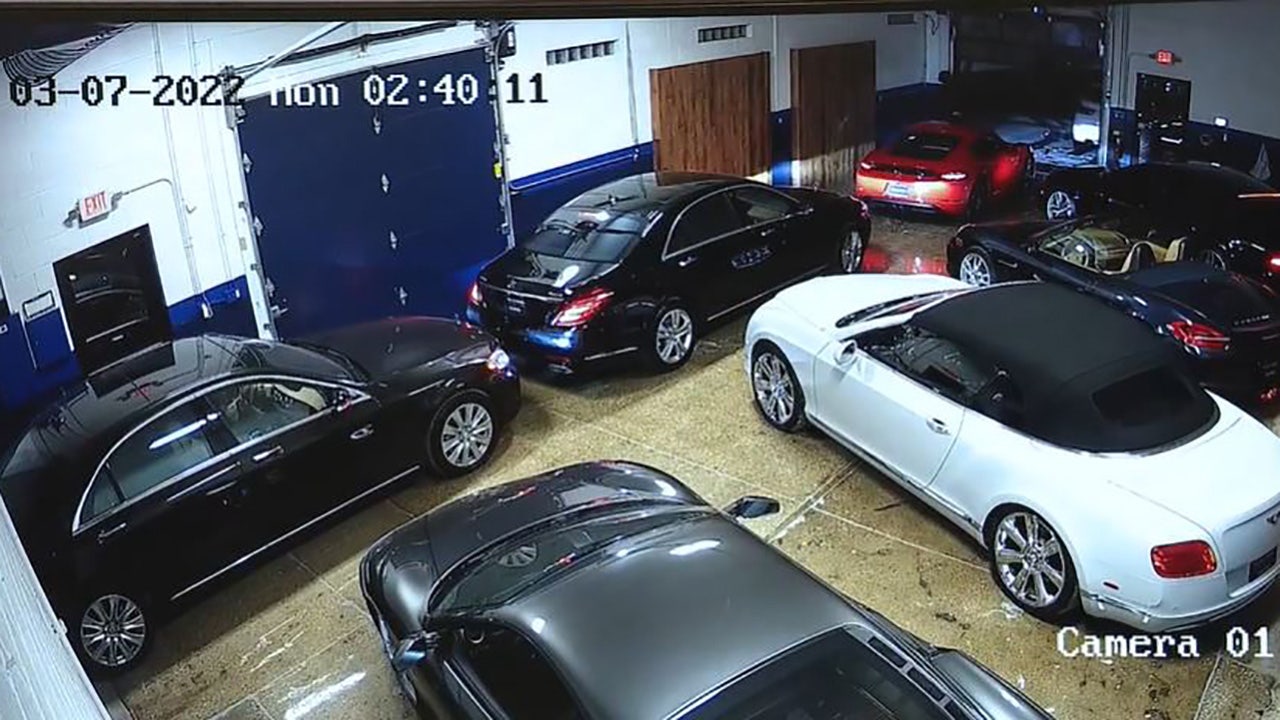 A group of thieves drove off nearly $1 million worth of luxury cars Monday morning from a dealership in suburban Chicago, authorities said.

The heist began around 2 a.m. at the Autobarn Collection in Evanston, a suburb just outside of Chicago, FOX32 Chicago reported.

Six suspects broke into the upscale dealership through a glass door and ripped the alarm system from the wall, according to the report.

They smashed a safe containing the keys to 14 stolen vehicles, including four Mercedes, three Audis, two Porsches, a BMW, a Dodge Durango, a Bentley GTC, a Maserati Levante and a Jeep Grand Cherokee, Now reported.

Surveillance video from inside the Autobarn Collection in Evanston shows suspects driving off with 14 luxury vehicles worth nearly $1 million.
(Autobarn/FOX32 Chicago Collection)

Concession partner Sam Mustafa said WMAQ-TV that the heist took place over a period of five hours, with the suspects leaving with the vehicles on three separate trips.

“It doesn’t feel like these criminals are afraid of being arrested or prosecuted, which scares us a bit,” Mustafa said. “It’s terrifying to think they were just here to shop.”

Evanston Police Commander. Ryan Glew told the station that since many of the cars were unique, they might be easy to spot as the investigation continued.

No one was arrested Thursday morning. No other details were immediately available.

Evanston is located just 14 miles north of downtown Chicago, where crime such as auto theft has increased.